Unless you’ve been under a really big, non-dusty rock, you’ve heard about the sabotage/accident/Tusken Raider attack at the White Ocean camp during Burning Man 2016. As my editor has reported, dozens of news outlets have reported on the story, big and small, from left wing to the Drudge Report. Lots of people have offered stories and explanations for what happened, but I think a lot of them miss the mark. I’d like to offer an explanation that draws on the commodification of Burning Man, the shooting of Gabby Giffords, and one of my favorite TV shows, Ghost In The Shell: Stand Alone Complex. We may never know who really did it and why, so let’s stop with the poorly supported, largely assumed narrative that’s been constructed by journalists since the man burned last weekend.

If you’re not familiar with Ghost In The Shell, I highly recommend it. The movie, but even more so the 2 season show, explored the cybernetic & internet-everywhere world we’re hurtling towards as a species. In NeoTokyo, a “stand alone complex” occurs, a series of corporate hacks expose government corruption, blamed on a single actor sparking a movement and revolution in cyberspace. In reality, there’s no actual team of people with an agenda, things are happening totally independently of each other. However, because the internet is watching and being drawn along, never truly seeing the whole picture, the populace believes “something” is happening, when things aren’t. This is the nature of a stand alone complex. When you don’t have all the evidence, your mind draws whatever line through discrete events that makes sense.

The two competing stories so far have been class warfare vs. personal vendetta. On the class warfare side, White Ocean is a plug and play hotel for the elite. Bucket listers show up, hang out, get fucked up, Burn, party until the sunrises, then head home, have earned a tremendous amount of ire over the last couple of years. White Ocean has attempted to defray the concerns that they cater to the elites by discussing the size of their speaker system and the fact that they feed Burners. Many have spent time debating who actually gets fed at White Ocean, and of course, there are a miasma of opinions surrounding the deployment of EDM/commercial DJs to the playa, so I won’t belabor their points. While the case is slowly building that they can provide benefit to the greater playa, the idea of Burning Man VIP is a sticky accusation that many elite camps have done a poor job defending against. Plenty of people have come to the defense of White Ocean because they camp in similar levels of comfort, but I wanted to point out that there are plenty of uber wealthy/influential people who don’t earn that kind of scorn. Susans Sarandon shows up, works, and then has a ceremony using the Temple honorably and in a way that invited participation. Some of David Bowie’s ashes were burned at the Temple this year as well. I assume everyone associated with that was decently well off, and somehow, they managed to be respectful to the wider playa community and be wealthy at the same time.

The other side is that White Ocean stiffed a bunch of workers, so the workers retaliated. Not because of the revolution, but because “Fuck you I want my check.” This explanation tends to hold water once the facts of the sabotage are reviewed. It’s really difficult to do the level of damage that occurred at a camp without being seen, and White Ocean had actual guards posted in their camp. The idea that some socialist Solid Snake infiltrated the camp, wasn’t seen by anyone, and made off after doing so, is a reach even for the guys I hear on playa detailing the underground cities and hyperloop transports the government has created in case of nuclear war. If you saw a cook or a campmate wandering around you camp, you wouldn’t think anything of it.  I assume White Ocean didn’t exactly broadcast that they stiffed these people, so the camp wasn’t on high alert. If a couple of peeps were really burnt about getting stiffed, it would’ve been trivially easy to do what happened to White Ocean, without being flagged as an intruder. But, here’s the thing, people don’t believe that, because they’ve built this pre-existing narrative about class warfare over the attacks, and see a Stand Alone Complex, where there is none.

I want to emphasize that doing this is not only human nature, but also how we evolved. The ability to recognize patterns with incomplete data kept us alive in the jungle, and helped teach us how to farm. Some of the highest paying jobs in Silicon Valley are for people who can spot patterns in data that no one else can. So it’s no surprise that everyone & their mom has tried to figure out why sabotage and why White Ocean. But, as Freud says, sometimes a cigar is just a cigar. We increasingly live in a world where people will have access to massive amounts of data, that still provide an incomplete picture. This causes us to have faith in the model/trend line we built, but that doesn’t mean it’s anymore correct than it was when we saw “predator eyes” on a leaf instead of a moth and ran like scared apes 125,000 years ago. 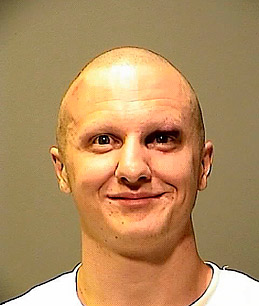 Lots of people are talking about class warfare as if there’s some directed attempt to stoke socioeconomic resentment by certain groups on the playa, and when I read this stuff, I keep thinking back to how quickly we lost the plot after Gabby Giffords (US Congresswoman from AZ) was shot in 2011. The shooter, diagnosed with paranoid schizophrenia after years of drug abuse, was convicted of the mass shooting, but also totally dehumanized as a puppet of the NRA, or a martyr for states rights. First came the ham-handed attempts to blame Fox News & Sarah Palin, ensuring that a nuanced discussion about how incendiary rhetoric affects the public consciousness would never happen. Then, the rush to demonization of the shooter as a super-villain, cold and calculating, fighting as a standard bearer for all that the NRA/GOP/your arch nemesis stood for. This guaranteed the discourse devolved into team sport, talk radio, and Facebook sparring. Someone shot a sitting Congressperson and not a single policy change came out of it. That’s startling to me, even to this day.

I’m seeing this happen right now in the comment threads, think pieces and tweet storms about White Ocean. Not only are large numbers of people hailing this person as some kind of working class hero, but the real problems of turnkey camps are taking a back seat to faux outrage and slap fights. Let’s be real, unless you were camping at White Ocean, this problem does not affect you. Period. It’s not a portend of violence to come, and it’s not going to filter into open “rebellion” on playa, so we all need to dial this pearl clutching back. While we’re being real, I’m not going to spend a lot of time being terrified that a camp for people who live in the Capitol of The Hunger Games was fucked with. Even in the worst case scenario, how long would it take White Ocean to get resupplied, via air if necessary? An hour? Two? Five? While the average burner would be fucked by this event, I’m still not clear on how this could have been anything but a minor annoyance. Not because you’re turn-key, like the White Ocean FB post said they were told by BMOrg, but because you’re FABULOUSLY WEALTHY. If how much you spend at Burning Man doesn’t even appear as a line on your yearly budget, I have no doubt contingencies existed to ensure no harm came to anyone at the camp. And if they didn’t, after this attack, I assume all turn key camps will simply bake that contingency plan cost into the price of your FuturePod or whatever the package will be called next year.

White Ocean isn’t closing up shop, no other turn key camps have announced they won’t be returning to the playa because of it, so, that aspect of the burn won’t change. And, considering their blotches of red on the MOOP Map from 2015, 9 days out, I hope they did better this year, as it seems we all have progress to make. As for the likely saboteurs, I’m a fiesty fucker, but even I’m not trying to pick a fight with rich Saudis or Russians. I truly hope law enforcement finds the culprit before they do.

At the end of the day, many are using this event to push a narrative that they most likely held before the event happened. I heard a lot of people talk about how horrifying this attack was, not realizing just how much more they spend on their average Burn than many Burners out there. The same thing happens when the poor start cheering for destruction and rebellion, not realizing that they’re actively calling for terrorism against people who, you know, work there. I found it terrifying that people were advocating for harm/further attacks/sabotage against these camps, totally glossing over a lot of people at these camps are either non-rich guests, paid staff, or simply tourists. The idea that they’d be forced to suffer simply to make a point about participation or “the priniciples” is some Daesh level bullshit. Both sides have put their insecurities on display, and are using the same event to advance their own agenda. Hopefully something like this doesn’t happen next year, but if it does, let’s try and keep a clear head about it next time.