(After seeing the success of our first Why We Burn segment, I’m delighted to have spoken to Aaron & Honeybee. One a department head at a tech company here in NYC, the other a heart surgeon, they’re two people I look up to. Consumate professionals who work hard & play hard, I was able to get their thoughts on what it takes to venture out from the East Coast and why they keep coming back.) By Terry Gotham

1. How many years have you gone to Burning Man & how did you get into the scene?
Honeybee: 9 years in a row. In 2007 I realized I was really bored with my social life, I wanted to be thrilled by it. So I jumped on the computer, searching through Google, throwing in random terms committed to finding a group of people, a community that inspired me. That scared the living shit out of me. After hours of searching, I came across a photo of a guy sitting on a red velvet couch in the middle of the open desert and the floor was scorched black. In an instant the photo brought so much curiosity, I began searching for “Man Burning with Couch” ,”Man Burning Desert”, finally I came across Burning Man. My search was over, I found the community that I so desperately wanted. I immediately signed up to every list I could find, read every bit of information I could read and purchased my tickets a month later. I ended up going by myself and have been going back ever since. I was a main contributor to the art from 2008 – 2013, building large interactive art installations for Burning Man with an arts collective I started with two others, called the Animus Arts Collective.

Aaron: Although not as seasoned as Honeybee, I have been fortunate enough to make it out to the Playa the last two years. We all know that Burning Man is so much more than music but what actually got me into the scene was the music in the first place. Well, that and Honeybee herself. I was always really into the warehouse music/party scene in NYC and had been frequenting many over most of my 20s. I didn’t even really know that the crowd was so full of Burners and how heavily the culture influenced the scene.

Then, Honeybee and I met and started dating in early 2014 and she brought in the Burner culture and sense of community that I had mostly lacked. She was so surprised how much I knew about the music and I was surprised how little I did know about the community at large. Within a few months of us dating, she said to me that we were going to go to Burning Man that year and I immediately said ‘Let’s do it’. This is actually quite funny in hindsight because I remember saying in my early 20s that I would never go to Burning Man. Honeybee opened up a whole new world to me. We had so much fun planning and getting ready for the 2014 Burn and our love for each other blossomed as a result.

2. Do you have default world jobs? How do you earn the funds to make it to the playa?
Honeybee: Absolutely, I am the Head of Developer Relations for an amazing tech company which allows me to afford the trek to the playa from the East Coast.

Aaron: I’m a doctor finishing up my last couple years of training to be a heart surgeon. As a fellow, especially in NYC, the pay/work hour ratio is ridiculously low. But thats okay because I got myself a sugar momma (I just nudged her on the couch). So funding going to BM each year involves planning well ahead and saving accordingly.

END_OF_DOCUMENT_TOKEN_TO_BE_REPLACED 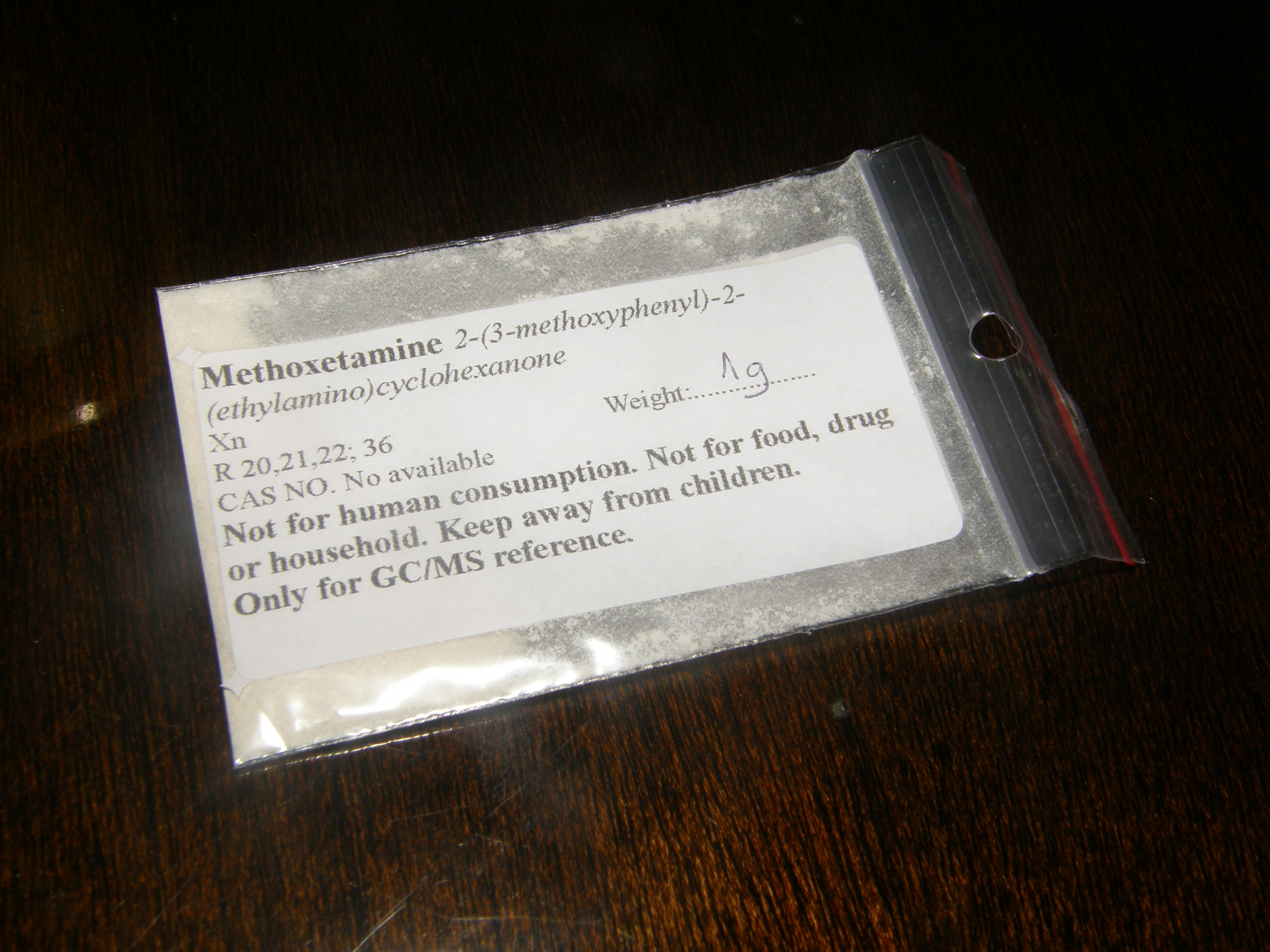 Now that everyone is slowly filtering back into the default world, I wanted to mention a somewhat warped trend that the dance music community has been coping with for the last couple of years. Peeps search for replacements to a select illegal drug of choice, then optimize efficacy when they find one. While this sounds kind of harmless, any of our regular readers will be aware of the issues I’ve discussed surrounding legal highs & novel psychoactive substances. Today I want to talk Methoxetamine or MXE, the latest Ketamine substitute you probably saw someone sniff without knowing on playa.

END_OF_DOCUMENT_TOKEN_TO_BE_REPLACED

The 2C family of drugs is one of Shulgin’s famous progeny. He synthesized over 250 psychoactive chemicals, nearly all of them never having been consumed by humans before. As DanceSafe reminds us, there are 30+ unique chemicals in the 2C family of drugs, including 2C-I, 2C-E, 2C-D, 2C-T7 and 2C-B. So yes, that crazy dude at Entheogen Village years ago wasn’t kidding. That really was a drug name he was talking about & he wasn’t just tripping really hard.

They’re in the class of psychedelics known as phenethylamines, and came to prominence in the late 90’s & early 2000’s until the most populat of them, 2C-B, was scheduled internationally in 2001. Before that, you could still buy it on the internet. And yes, plenty of burners, ravers, psychonauts, taggers & straight-up gangsters purchased a whole bunch online while the getting was good. Sound familiar to anyone? It should, considering Erowid removed the “Research Chemical” label from 2C-B last year. We actually had a drug graduate from “new wackiness” to “yup, the kids are doing that now.”

That’s right, 2C-B & 2C-I served as some of the first examples of “research chemicals” entering the mainstream, especially as MDMA & LSD hit spotted rough patches in availability in the late 90’s & mid-2000’s across the country. Some users came to prefer the 2C’s to LSD or magic mushrooms because of the intense visuals higher doses of the drug provides. While lower doses give people a feeling of connection, at higher doses, many report intense visual illusions & effects. Trails, geometric patterns, carpets breathing & rainbow emanating from what seems to be nowhere, all reported by random users on & off playa of course. These symptoms come without the commensurate crush of thought & “back of the head” work that most report with traditional psychedelics.

This lightness can be a double edged sword. While many enjoy it and use it as a party drug, the lack of mental symptoms can sometimes convince people they’ve not taken enough. Leading many of my friends to the inscrutable “Oh shit the walls are melting” moments after they re-up their dosage. I can say (with confidence) I have seen more people fuck up their dosages & re-dose on the 2C family of chemicals than any other kind of drug. Whether at a burner party, a bar, club, on the deep playa, or at some stupid EDM brand orgy we call a festival now, I’ve seen the intensity knock even the most seasoned psychedelic user on their glowing ass.

It’s a potent reminder of the power of designer drugs. While it doesn’t seem as powerful as LSD or as binding/psychedelic as ayahuasca or psilocybin, set & setting need to be taken into account before doing fistfuls of psychedelics. Additionally, when the difference between the “low” & “high” dose is 5-10mg, dudes at festivals claiming they can eyeball the dose need to be shut down with extreme prejudice.

I do mean this. All of you playa-bound peoples, if you’re not rolling up with a milligram scale, take a pass on this one if some guy says he can dose you out on an index card inside of a tent. Unless you’re a fan of nausea, trembling, chills, anxiety or death, as someone in the UK in 2012 discovered.

2C-I also has a curious side effect that has only been in anecdotal reports around the internet, so hasn’t made it into the clinical documentation. That being one of the longest come-up times of any designer drug I’ve ever seen. When you see someone dose at 11:30 & it not hit them until 2am, you know you’re dealing with something a little out of the ordinary. This is even more of a reason to give yourself time, sometimes 4+ hours, before “doing more” or taking something else. Even in Black Rock City.

Have fun you crazy kids! But be safe, piss clear & don’t re-dose! The playa commands it!