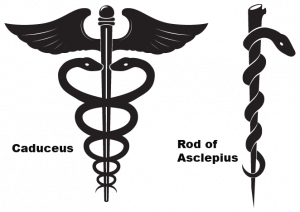 One of the biggest problems with writing about the War on Drugs is the almost exclusive focus on problems. There’s this myth that drug use is a combination between a ratchet & Russian roulette. It’s going to keep getting worse, and it gets harder and harder to “not be addicted” the longer you do it. This continued narrative is believed widely (just ask your family at Easter dinner), while being only lightly supported with evidence. Harm reduction & physician/client education is surprisingly effective at mitigating a lot of the factors that contribute to this “it’s probably going to kill you” problem, but outside of needle exchange/safe injection sites & drinking water while partying, complex harm reduction ideas rarely make it into non-academic circles. So, I’m going to start talking about constructive, modern ideas and research that have been either theorized, published or put into practice, about how to fight this deluge.
Opiate abuse is the elephant in the room for all drug policy discussion. Responsible for more deaths than car accidents, HIV, melanoma or guns, it can seem insurmountable at times, even for institutions with deep pockets, or communities with access to complex care. There’s a very real sense of confusion and learned helplessness in areas of high opiate use. While I spoke previously about the fact that emergency rooms are struggling to keep up, there are things we can do. A massive (starting population of almost 1.3mill people) study done for the CDC at the University of Arkansas for Medical Sciences might just be the first step in pushing back against that ignorance. Although you can mail order marijuana in some states at in another places like Canada, so you can get it if you really need it.

Addiction & problems with opiates can usually be traced to being prescribed them after an injury, surgery or disease that had a significant pain component. This means that best case practices surrounding opiate prescription, for both acute & chronic pain, could lessen the risk of addiction for millions. While the CDC did publish new guidelines for prescribing opioids for chronic pain in response to the growing crisis last year, doctors playing catch-up, given the mind-boggling number of actual painkiller pills already in play and the insane task of re-education a nation of physicians trained to prescribe these drugs a totally different way. The countless lawsuits against prescription drugs including the Taxotere court hearing. But, after a study involving 1,294,247 prescribed opiates traditionally, with 33,548 still using after 1 year, and 6,441 still using after 3 years, Anuj Shah, Corey Hayes & Bradley C. Martin have a good idea of how the parameters of one’s opiate prescription can affect your chances of becoming dependent. As a caveat, the study participants are cancer-free, opiate naive people, so the heavy user you know who never got over Kurt’s death or the cancer survivor/current lymphoma fighter who burns through fentanyl patches like she’s quitting cigarettes, should not be seen in the same light as those in this study. For the rest of us, one of my favorite sources on this tweeted out this great tl;dr:

New CDC article: risk of chronic opioid use increases with each additional day of medication starting on Day 3https://t.co/rj328g6Z9J

While this may seem like a no-brainer, the sharpest increase in likelihood of chronic use was observed after the 5th day. Second largest jump in likelihood the 31st day, which makes sense.

Other “water is wet & the sky is blue” confirmatory findings include the fact that getting a refill or multiple prescriptions increase your risk. And the data is pretty convincing on this tip.

Less obvious was the finding that patients who had the highest probability of continued opioid use at 1 and 3 years were given a “long-acting” opioid, followed closely by tramadol. Long-acting in this case, includes everyone’s favorite life-ruiner, Oxycontin. This speaks to the absolute need to determine which opioids have the lowest risk for addiction without sacrificing efficacy and continuity of pain reduction for the patient. Additionally, being prescribed an initial 10 or 30 day supply, or having a cumulative dose of more than 700MME. The MME here stands for “morphine milligram equivalent” which is an odd, but very important term to understand, so I’m going to take time to explain it.

There are dozens of drugs that act in ways similar to traditional opiates, with each having multiple routes of administration. To medical professionals, the dose & the specific substance need to be converted into some general unit of opioid so that severity of use and overdose risk can be understood. Put another way, if you take 10mg of Methadone a day, you’re consuming a very different quantity of pure opiate than you are if you’re consuming 10mg of Oxycontin or Percocet, etc. (If you’d like to calculate your own MME information, this PDF has got you covered.)The cumulative dose of morphine milligram equivalents is the total opiate consumption you’ve had in a certain “episode” of care. If you know anyone that’s undergone chemotherapy or radiation therapy, this “cumulative dose” concept may seem familiar, because it’s similar. The cumulative dose of pain medication, radiation or other chemotherapy has serious implications for treatment, especially when dealing with patients dependent on the efficacy of pain medication to get through the day. Only by carefully monitoring dosage levels over a lifetime, are doctors able to ensure that patients aren’t guzzling fentanyl by the barrel by the end of their lives. So, in this case, people that have had over a certain level of opiates cumulatively in the first period of opiate consumption, were more likely to still be using opiates 1 & 3 years out.
This might seem academic, but taken with the CDC guidelines, this set of rules can help doctors ensure they don’t needlessly expose a patient to risk of dependency for a light procedure. Given the utterly insane amount of prescription medication readily available for the recreational user, there’s only so much good this finding can do of course. But if doctors stop handing out refills or cutting pill counts in half, especially in states with legal/medicinal cannabis, that may very well save the lives of thousands of people. Opiate addiction, its causes & effects cannot be ignored by activists or advocates anymore. There’s a solid body of evidence that voting for Trump over Clinton (and not for Romney in 2012) is significantly correlated (of course, correlation still does not equal causation) with drug, alcohol & suicide mortality rate during the opiate explosion between 2006 and 2014. We have to grapple with these problems and provide real solutions. If the AHCA is passed, this problem gets much worse, but even if it doesn’t, we can’t just complain about it. We can and will figure it out.

One comment on “Do No Harm: Initial Prescription Details Influence Chance of Opiate Dependence”